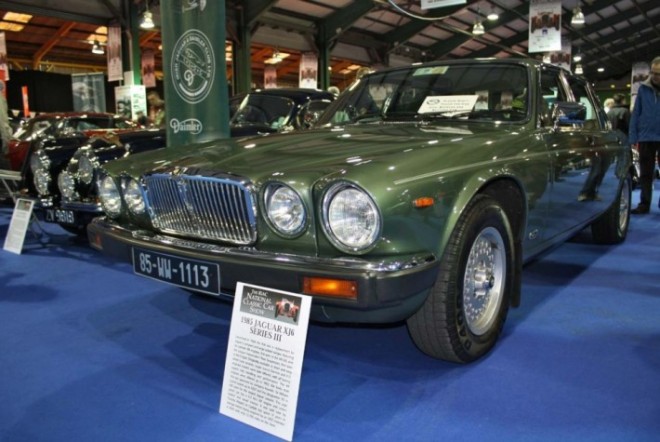 The first RIAC National Classic Car Show held  in the RDS in February 2013 was the first indoor car show in Dublin for many years. It attracted 160 of the best classic and vintage cars in Ireland as well as many visitors. Rarities on display included two Irish built cars, the 1909 Silver Stream, built in Kilcullen by Philip Sommerville-Large, and an example of the ill fated Austin A55 based Shamrock, built in Castleblayney. The IJDC had five pristine cars on their stand, representing the breath of interest in the club and you can read more about them below. 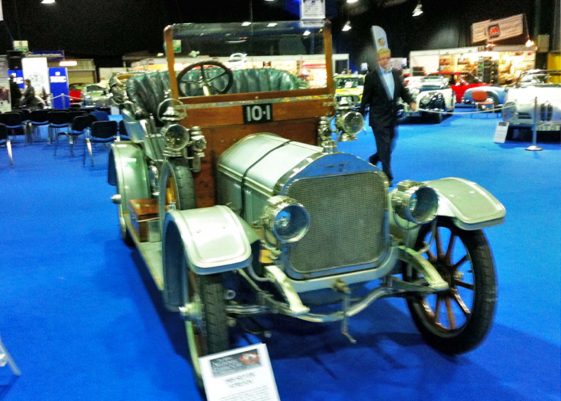 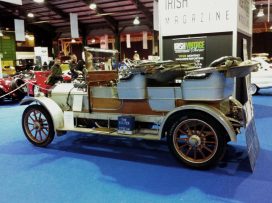 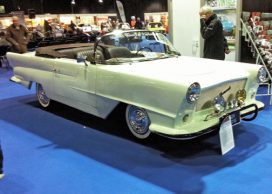 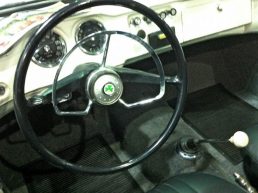 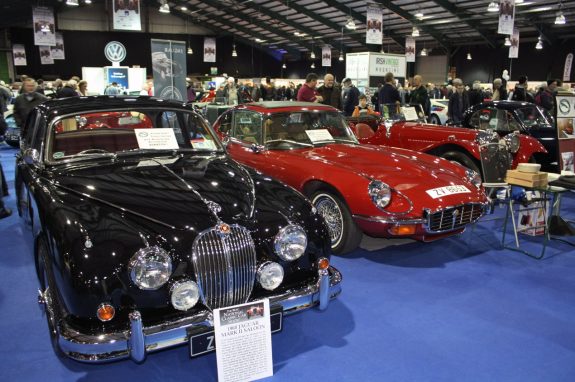 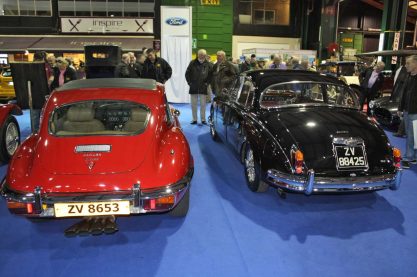 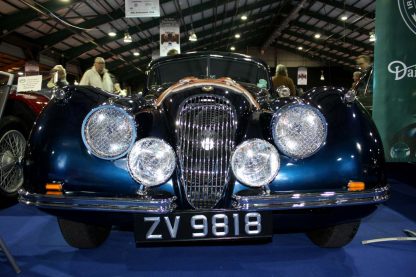 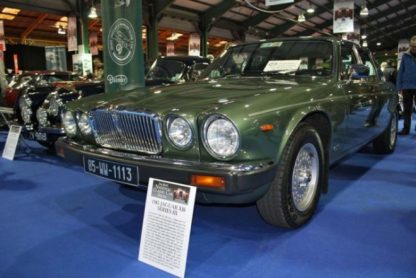 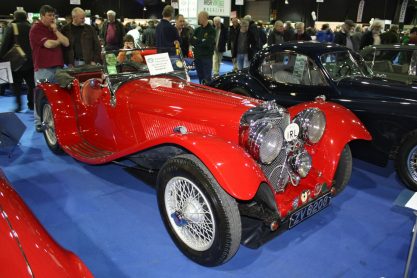 1937 SS100 3.5 Litre
Manufactured on 1st December 1937 and delivered on the 11th December 1937 to Henlys in London. It is the 5th 3.5 Litre of a batch of 180, driven in England until it went to the States in the early 50’s and was owned by Mr R.P. Morris in Chicago until 1986 and was given in for restoration, but after it was stripped, he was unable to finance it. It was then sold to a restoration company where it lay for 12 years completely dismantled because of a dispute between the two owners. It was brought to Ireland in 1996 and the restoration took the owner over 4,000 hours. Since completion it has done many trips to England and been involved in two Major Rallies of 1000 miles around Ireland and continues to be driven regularly, the milage is coming up to 100,000 miles.

1951 XK  120  FIXED  HEAD  COUPE
The XK 120 sports car was launched at the Earl’s Court Motor Show in 1948 The purpose of the show car was to showcase the new engine which was very advanced for that time. That engine was the XK engine which was to power all saloons, sports cars and racing cars for over thirty five years. The fixed head version arrived in 1951 and production came to 2672 of which only 195 were right hand drive. The car displayed was made on 9th October 1951, the 109th made. It was exported to the U.S.A and sold by Hornberg’s on Sunset Boulevard in spring 1952.  It was last serviced in 1968 in Dodge City before being abandoned. It has been subjected to a nut and bolt restoration with some upgrading for safer use on modern roads.

1960 Jaguar Mark II saloon
In 1955 Jaguar put the twin cam XK engine into the firm’s first monocoque body to create a new medium sized sports saloon. Four years later the suspension and body designs were improved and the larger XK engines (up to 3.8 litres) and disc brakes fitted to create the iconic ‘Mark II’.  Beloved of racing drivers, bank robbers, business men and the police alike it continued the Jaguar policy of offering grace, pace and (reasonable) space at a price significantly less than its Italian and German rivals. Variants included a V8 Daimler, 240 and 340 economy models and the S type and 420 with independent suspension and production continued until 1967. This early example, chassis 241,  was originally sold in England but has been in Ireland for many years. It was fully restored to ‘as new’ condition by an IJDC member and features a 2.4 engine with automatic gearbox.

1985 Jaguar XJ6 Series III
Launched in 1968 the XJ6 was a replacement for Jaguar’s compact and large saloon ranges, featuring six cylinder XK engines, first seen in the XK120, and the unique Independent Rear Suspension, first seen in the E type. Originally available in short and long wheel base variants, coupe, luxury Daimler and V12 engined models were later offered, with all having superb ride, handling and performance. The XK engines were offered up to 1992, the body style (the last approved by company founder, Sir William Lyons) lasted up to 2007 and the designation ‘XJ’ is still used for the largest Jaguar saloons. This sage green car has a 4.2 litre XK engine and cream leather and wood interior. It was sold new by County Motors in Carlisle but spent 17 years in storage before being acquired by an IJDC member in 2005 with only 13,700 miles on the clock.

For more photos from the show please visit the Gallery on www.classiccarshow.ie 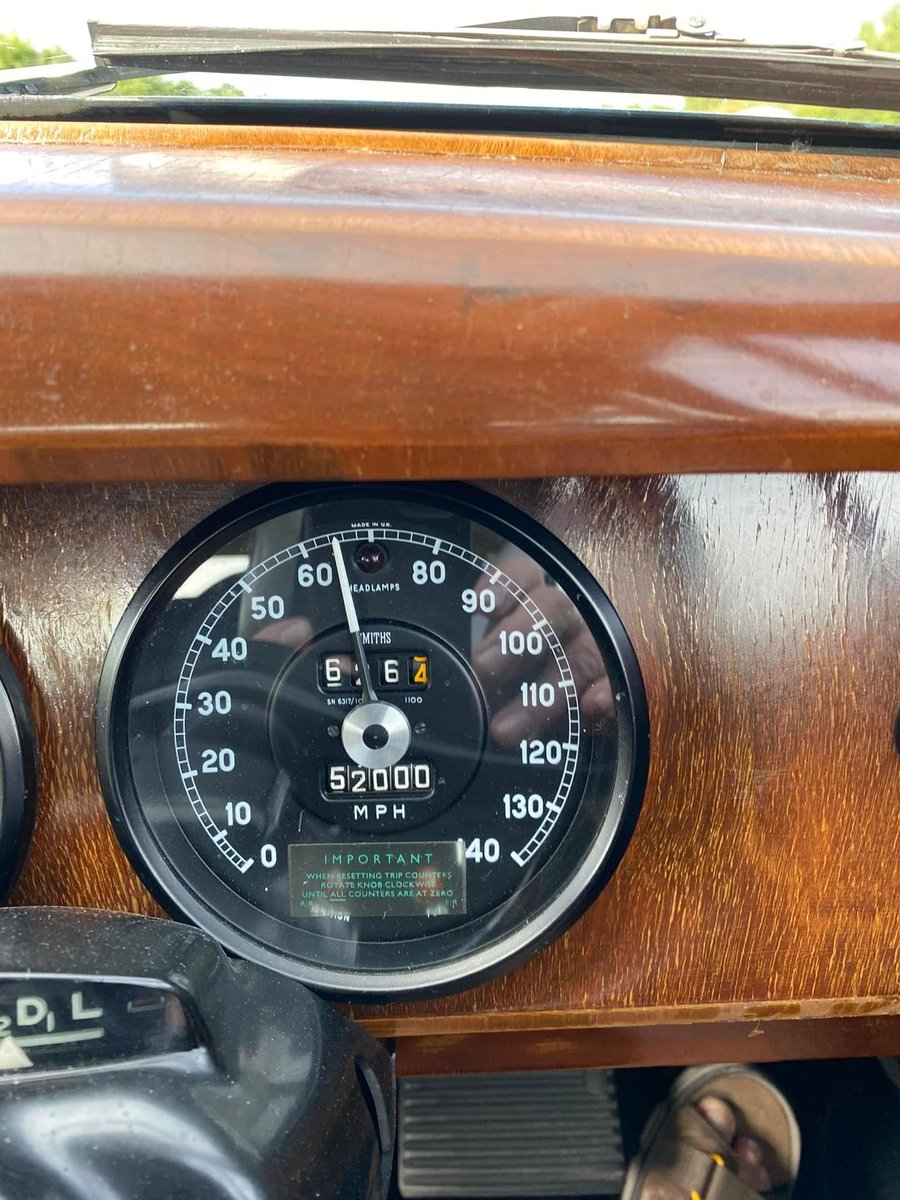